Animal abuse and the politics of atonement

Emancipate yourselves from mental slavery;
None but ourselves can free our minds.

After serving a reduced sentence of one and a half years in federal prison, sports superstar and convicted dog killer Michael Vick was recently released on probation and provisionally reinstated into the National Football League (NFL). Now, if the former Atlanta Falcons quarterback can just find a team willing to sign him 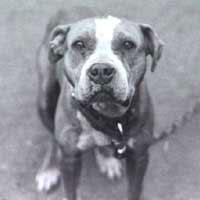 *, he could be back competing on the gridiron as soon as October**. Yet no matter where he goes or what athletic heights he may reach, Vick will never be able to shake off the Stygian shadow of his contemptible legacy.

It is worth considering how the public’s perception of Vick has changed since July 2007, when he first faced felony animal cruelty charges for running a dogfighting operation at his Virginia Beach estate. Back then, I was covering the story as a staff writer for In Defense of Animals, and recall from my reading that, at first, the comments on news articles were dominated by defenses of Vick arguing either that 1) their hero was an innocent scapegoat in a racist conspiracy to discredit a prominent black role model, or 2) dogfighting was just harmless fun and animal rights activists were making a big deal out of nothing. Yet when sordid details of Vick’s dirty deeds emerged soon thereafter and his initial denials gave way to contrite confession, many football fans learned for the first time about the horrors of this illegal underground “sport,” and their ill-informed excuses for Vick’s bad behavior quickly turned to recriminating accusations of betrayal.

Now that two years have passed and Vick is once again a free man, the central debate is no longer about whether dogfighting is a serious offense, but whether the ex-con has truly paid for his crimes simply by doing some time. Vick claims that he has (at least in a statement released through his agent***), and many football fans argue that since he has met his obligations under the law, the NFL has no business punishing him any further. However, not everyone agrees: for example, according to recent polls, Vick is the most hated figure in sports today, and most people want him to be banned from the NFL for life.

Animal advocates in particular seem to harbor strong suspicions that Vick hasn’t reformed, and doesn’t deserve a second chance because he’s just playing the chastened supplicant to shorten his jail term and resume his lucrative career. Once the highest-paid player in professional football with a $130 million ten-year contract, Vick declared bankruptcy under a mountain of legal bills while behind bars, and is currently employed as a construction worker for just $10 an hour. Vick clearly has a powerful financial incentive for getting back in the game, so you can’t really blame doubters for being somewhat cynical about a guy who remorselessly tortured dogs for six years and claims to see the error of his ways only now that he’s completely broke and disgraced.

Opinions about Commissioner Roger Goodell’s decision to conditionally allow Vick back into the NFL are deeply divided between two main camps with diametrically opposing viewpoints: those who say the convicted animal killer has been punished enough, and the majority who contend that he can never repent for the atrocities he so callously perpetrated. However, being that these contrasting attitudes are fueled more by highly-charged emotions than cool reason, aren’t they merely two sides of the same coin? That is, neither absolving nor condemning Vick based on feelings of adoration or disgust will help the millions of dogs who are still being tortured and killed in fighting pits: only a balanced middle way of openness and vigilance can sustain the process of social enlightenment that began with Vick’s arrest.

The collective efforts of animal rights activists helped pressure the Atlanta Falcons to drop Vick from their roster, persuade corporate sponsor Nike to nix their multi-million-dollar endorsement deal, convince the NFL to temporarily suspend him from play, and solidify support for his conviction on animal cruelty charges. These were all victories for animals, and examples of how our movement effectively worked with the media, the courts, and other mainstream institutions to hold a murderer accountable. However, if we let our feelings dictate our actions now by assuming that Vick is irredeemably inhumane and beyond salvation, then we will be rejecting a potentially transformative ally in the fight against animal cruelty.

Leading the way down the path of penitence and repentance is The Humane Society of the United States (HSUS), which faces harsh criticism for allowing Vick to actively participate in their community-based outreach programs aimed at keeping young people from getting involved in dogfighting. While Vick is not an official HSUS spokesperson, he has already spoken to at least one group of Atlanta youths, and HSUS hopes this will be the first in a long series of heavily-publicized events. Here is HSUS President and CEO Wayne Pacelle’s explanation for their plan:

“When Michael Vick asked to help, I was as skeptical as anyone. And then I put my strategist hat on, and tried to imagine what a guy like Vick could do to help us combat the problem. We used his case to strengthen the laws in America, and now we can use his celebrity and the story of his fall as a parable to reach kids in the cities who will pay attention to him... If this is simply a self-interested ploy to rehabilitate his image or return to football, we will find out soon enough, and we will repudiate it. But if Michael Vick is sincere, then we can, we must, use his story to advance our broader mission—saving lives and ending dogfighting.”

Vegan hip-hop mogul Russell Simmons also urges us to show Vick charity for the sake of suffering animals. “We can never undo the suffering those innocent dogs endured or bring back the many, many lives that were lost,” Simmons recently wrote. “All we can do is try using Michael Vick as an instrument, to stop dogfighting in the community while we save the lives of those innocent animals and change the karmic effect that will be felt by those who wake up and realize what they have done.”

Earlier this year, Vick visited the offices of PETA, where he met with President Ingrid Newkirk, underwent the group’s “Developing Empathy for Animals” course, and discussed possibly appearing in an anti-dogfighting ad. PETA rescinded their invitation, however, after the U.S. Department of Agriculture (USDA) reported that Vick trained fighting dogs by making them attack “family pets” and laughed when dogs tore one another to shreds. Considering the depths to which Vick’s sadistic persecution of innocent victims sank, is it any wonder that there remain many, many people out there who want him to suffer the same terrible fate as the dogs he tormented and killed?

PETA also asserted, based on consultations with psychiatrists, that Vick’s violently aberrant behaviors “fit the established profile for anti-social personality disorder” (i.e., he could be psychopathic), and urged Commissioner Goodell to order a brain scan procedure and full psychological evaluation before deciding whether to lift his NFL suspension. Goodell claims that Vick underwent testing “with animal-rights activist groups” (though apparently not PETA) before his reinstatement was announced, and that “those tests did not indicate that there was any reason he couldn’t make a transition forward.” As a preventative measure, PETA is now encouraging supporters to press Goodell to add a statement to the NFL’s personal conduct policy specifying animal abuse as an unacceptable offense.

Mercy Is Not Absolution

It’s certainly not easy to put our anger aside and have faith in someone who has so irrevocably violated others and hasn’t yet fully shown himself worthy of our confidence, but that is what we are called to do. We are summoned to reserve final judgment on a fellow fallible human being on the off chance that he may turn from a reviled enemy into a valued partner. We are beckoned now inexorably toward the immovable but precipitous zenith of the living spirit, for as Gandhi said, “The weak can never forgive. Forgiveness is the attribute of the strong.”

That said, I hope Simmons is right in stating that Vick “understands that his true calling is just beginning,” because in dealing with a former animal abuser, we have every right to be wary that he is playing us for chumps, and to demand he work very hard to prove his sincerity and earn our trust. Speaking of which, here are some starting actions that Vick could take to fulfill his promise to make amends for his past transgressions:

1) Forcefully and frequently speak out against dogfighting through PSAs, media interviews and public events.
2) If he is signed by an NFL team, earmark a substantial proportion of his salary for anti-dogfighting efforts.
3) Ask Russell Simmons to personally teach him about the ways that different animals are legally abused for food, fashion, science, and recreation (e.g., circuses, rodeos & “sport” hunting).

While Vick’s actions were inarguably deplorable, their exposure also enabled millions of people to glimpse a dark reality that might have otherwise remained forever hidden from their sight. Ultimately, this fallen star’s redemption could get even more people to think about animal abuse (much of it legalized) in a far broader context. So, for the sake of the billions of animals still suffering, we must support Michael Vick in his efforts to become a more humane person.

* The Philadelphia Eagles subsequently signed Vick on August 13th.
** NFL Commissioner Goodell originally ruled that Vick would only be allowed to start playing in week six of the 2009 season, but then changed his mind and gave him permission to resume quarterbacking in week three (September) .
*** A week after I wrote this post, Vick again claimed to be a reformed man in a 60 Minutes interview.