Celebrity exploits and the animals caught in the limelight

Whether you love or hate (or love to hate) Paris Hilton, she’s virtually impossible to ignore. Spend some time channel surfing, flipping through a mainstream magazine, or standing in a supermarket checkout, and you’re liable to have the latest news of the hotel heiress’ exploits crammed down your brainstem. And on her arm, you’re just as likely to see a tiny dog in a skimpy dress as you are an obscenely expensive leather handbag.

At the peak of her stardom, Hilton’s iconic image was largely defined by two distinct “items”—a pair of oversized designer shades, and her perpetually-quaking Teacup Chihuahua, Tinkerbell. While Hilton’s publicists insist that the celebutante is a bona fide “animal lover,” she has very publicly treated Tinkerbell, and all her subsequent “pets,” more like fashion accessories than sentient beings. Emulating Hilton and other celebrities, people actually purchase little purebred “toy” dogs and parade them in trendy outfits as though they were playing with dolls.

You might ask, what’s the harm in a little dress-up? Nothing, except when it’s done primarily for the human’s pleasure and without consideration for the dog’s feelings, it perpetuates the view that animal companions exist not as individuals in their own right, but only to enhance their “owners’” self-image.

While they may be on different ends of the spectrum, the same mentality that drives Paris Hilton also holds sway over Atlanta Falcons quarterback Michael Vick, who finally pled guilty to federal charges of conspiring to run an illegal dogfighting operation out of his Virginia home. Like Hilton, Vick exploited dogs to boost his own ego, but rather than turning animals into fashion accessories, he used them as expressions of violence, power, and control over the “weak.”

Between 1999 and 2007, Vick and his cohorts cruelly primed hundreds of pit bulls to kill one another for this vicious blood sport, and the star quarterback is alleged to have executed numerous dogs himself—by shooting, hanging, drowning, a 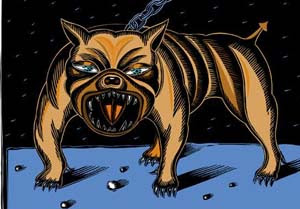 nd electrocution—simply because they were not good fighters. In the wake of these disturbing revelations, psychologists speculated in the media that Vick liquidated these “losers” because he identified with their “weakness” and took it as a personal humiliation, while proudly projecting his own personality onto dogs who won fights. Based on case histories of other dogfighters, it’s likely that Vick felt his dogs’ performance in the ring reflected directly—whether positively or negatively—on his own strength and masculinity.

Like all animals viewed as commodities—the billions killed for food, fashion, “entertainment,” and “science”—animal companions who are treated like ornaments by their “owners” are in a no-win situation. Whether they suffer from intense cruelty, as in Vick’s case, or indignity, as in Hilton’s, these animals have little choice in their lot, and often suffer silently. It is up to us to speak for them, and to remind others of all that animals give us—and the caring attention we owe them in return.

Posted by Mat Thomas at 3:41 AM No comments: 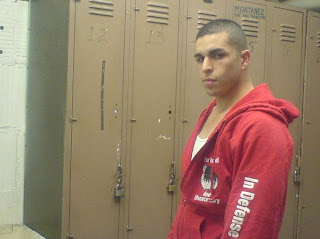 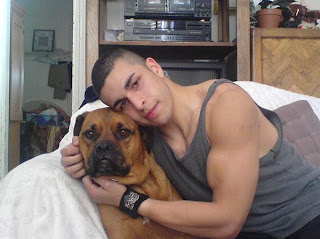 - Learn more about IDA's Guardian of the Month, Ricardo Moreira, by visiting his MySpace page.
- Arrange private martial arts training with Ricardo at the Northern Tiger Kenpo by contacting him at Muaythai3@aol.com or (415) 350-9140.
- If you live in or will be visiting the Bay Area, come see Ricardo Moreira compete at Kezar Stadium in San Francisco in March, 2008. Get ticket information.
Posted by Mat Thomas at 5:06 AM 5 comments: