Day after day, meat eaters try to discredit ethical veganism with an astonishing array of pseudo-philosophical protests, but the recurring assertion that “Plants have feelings, too” is particularly vexing — mainly because it’s so transparently insincere. Think about it: Why are meat eaters so remarkably resistant to recognizing the horrific suffering of “food” animals, yet simultaneously eager to anthropomorphize faceless fruits and vegetables that utterly lack the brains, central 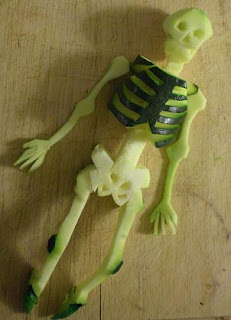 nervous systems, and sense organs (like eyes and ears) generally associated with sentience? When carnivores insist that plants’ feelings matter, it seems to me that they disingenuously want to appear genuinely concerned about hurting innocent herbs, when in fact the sneaky subtext peeking out from underneath the edge of this compassionate facade is a self-serving accusation that we vegans are as guilty of murder as the most unrepentant flesh-obsessed gourmand.

The latest example of this perennially weed-like phenomenon sprouted up yesterday in Natalie Angier’s New York Times article “Sorry, Vegans: Brussels Sprouts Like to Live, Too” — a title which insinuates, baselessly, that plants’ faculty for feeling somehow negates the moral authenticity at the core of animal rights. Now, please understand, I am by no means criticizing Angier for promoting the hypothesis that all living organisms are imbued with some form of consciousness: actually, I find the eminent behavioral botanist’s quotation touting plants’ capacity for “sensory modalities and abilities we normally think of as only being in animals” quite compelling. What I do object to, strenuously, is that any carnivore (much less a mainstream science journalist) would have the unmitigated chutzpah to charge that it’s hypocritical for us vegans to shout “meat is murder” while allegedly committing mass herbicide — especially because meat eaters kill so many more plants than we do in the course of daily dining!

Need proof? Then check out these stunning statistics:

• Slaughtering approximately 65 billion animals worldwide for meat each year requires that one-third of humanity’s grain harvest be fed to livestock. This calculation accounts for 80% of U.S. corn crops and about 99% of U.S.-produced soy meal, but not the vast fields of grass and other naturally-growing plants upon which free-range cows, sheep and goats graze.

• According to the United Nations Food and Agriculture Organization, livestock production occupies 70% of all the land used for agricultural purposes, and nearly one-third of the Earth’s entire landmass. This boundless terrain was once unspoiled habitat for billions of native plants and animals who were either displaced or eradicated — some to the point of extinction. The beef industry, for instance, is the driving force behind the destruction of Brazil’s Amazon rainforest, one of the planet’s most diversity-dense regions, with nearly 80% of deforested land being used for ranching.

Strictly speaking, it’s impossible for us to physically survive without consuming other living entities — just as billions of microbial creatures subsist on the proteins in our bodies. But contrary to the misleading myths of popular belief, veganism isn’t about achieving perfection, purity or sainthood (or, for that matter, smugly proving our superiority or political correctness). Rather, the point is to consciously make pragmatic lifestyle choices that significantly reduce the amount of pain, agony and death suffered by others as a result of our privileged existence, and persuade people to do the same in the name of non-violence.

So, the next time some smart-ass carnivore tries to excuse their lethal fauna-filled diet by feigning sympathy for faultless flora, just look them right in the eye and tell them straight out: If you really, truly care about the plight of exploited plant beings, then go vegan now!


* I originally cited a website claiming (inaccurately, it seems) that the grain-to-meat conversion ratio for chickens is 6:1. Tip of the hat to Erik Marcus for pointing out the error.
Posted by Mat Thomas at 8:30 PM 18 comments: 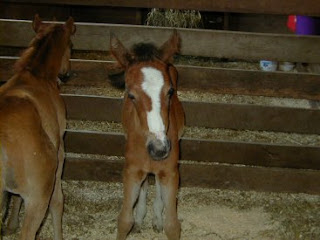 There are many ways to help relieve the suffering of nurse mares and their orphaned foals, from urging elected legislators to pass humane laws to financially supporting horse advocacy organizations or adopting a rescued foal. Learn more about how to take action at lastchancecorral.org.
Posted by Mat Thomas at 12:22 AM 4 comments: