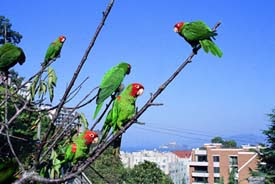 Or purchase a copy of the film on DVD or VHS, as well as Mark Bittner's best-selling book "The Wild Parrots of Telegraph Hill: A Love Story...With Wings."
Posted by Mat Thomas at 9:07 PM 1 comment: