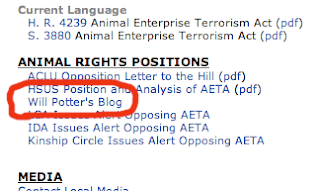 
Democracy In Action
The difference between how we managed to pass Prop 2 and how animal enterprises pushed the AETA through is striking, and represents the extremes of how the political system both works and fails in the modern age. Of course, there are many other contrasting examples of how social justice is upheld and subverted in the law books, and this will certainly not be the last. But the point is that, even if animal agribusiness continues to use deception and coercion to fight us, it won't matter as much as it used to, because established movement strategists are rapidly learning how to work the system in the animals' and the public's favor – and this truly frightens these entrenched economic interests.
Agribusiness conglomerates have, until very recently, operated under the assumption that animal welfare concerns are irrelevant and ignorable. So it makes perfect sense that they are shocked and outraged at suddenly being told what they can and cannot do to the living beings they euphemistically call "production units" (in industry parlance). But when they are done crying foul and making excuses for their bad behavior, we'll see if they've learned their lesson – and whether we need to teach them yet another one before they finally adapt to the changing times.
Posted by Mat Thomas at 5:40 PM 3 comments: