So You Wanna Open a Vegan Restaurant?

Get an insiders’ view of the biz in my latest article for VegNews magazine!

Do you dream of opening a vegan restaurant? If so, then you’ll want to devour my delicious new four-page feature “Restaurant (Im)Possible” in the September/October 2011 issue of VegNews magazine—on newsstands now! 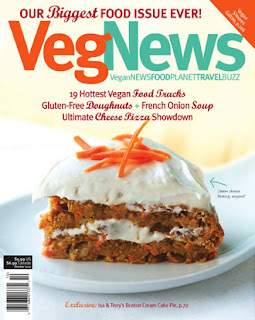 This article not only provides an overview of the essential steps on the road to restaurant success, but terrific tips & tricks of the trade served up by seasoned restaurateurs. From raising money and choosing a food concept to getting experience and knowing what to expect, you’ll get expert advice based on my interviews with some of the industry’s preeminent players, including:

Whether you’re an established entrepreneur on the prowl for new investment opportunities, a visionary neophyte with a hunger to found your own restaurant empire, or just someone looking for a tasty read, my new article will give you some yummy and nourishing food for thought. If you’re not yet a VegNews subscriber, get your copy now by ordering online or picking one up wherever fine vegan lifestyle publications are sold!